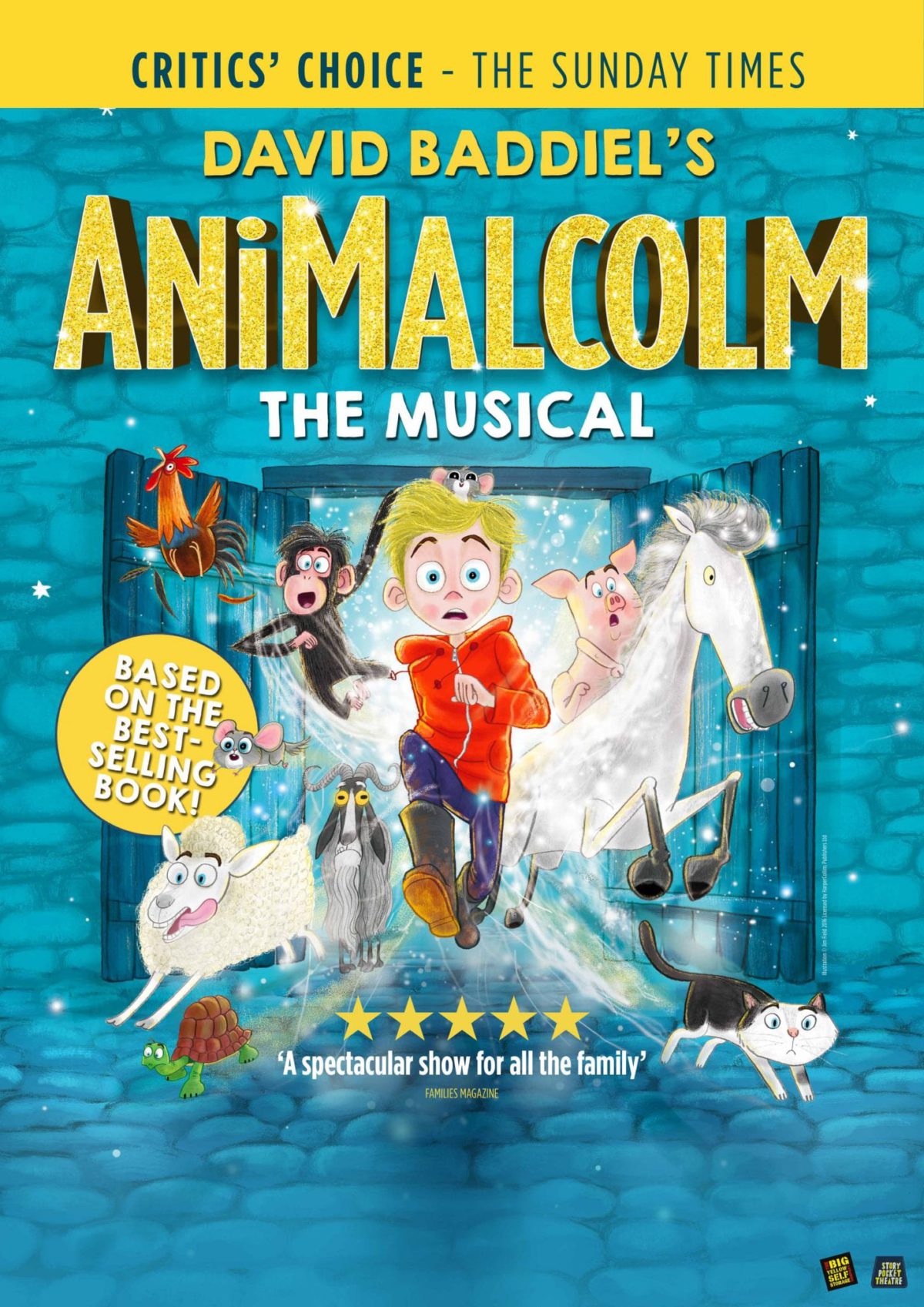 Based on the bestselling book

Story Pocket Theatre are delighted to announce that AniMalcolm, based on the bestselling children’s book by David Baddiel, will play at Millfield Theatre on 29th March as part of a major UK tour and following a smash-hit premiere at the Edinburgh Fringe Festival in 2018.

Malcolm doesn’t like animals, which is a problem because his family are wild about them. In fact their house is full of pets of all shapes and sizes. The only bright spot on the horizon is the Year Six school trip, until there he is on the bus, heading to… a farm. But on a school trip like no other, Malcolm begins to understand animals more deeply than anyone.  Will he end up the same as before? Because sometimes the hardest thing to become is yourself.